This RST leather race suit was structurally perfect but it had lived a hard life and was starting to look very tired and scuffed.

We cleaned it up, did a major cosmetic overhaul, designed, sourced and added multiple sponsor patches and a custom rider logo patch in hard-wearing subsurface printed vinyl.

The results speak for themselves, the suit is now almost unrecognisable from the item we received. All at the fraction of the cost of a new suit. 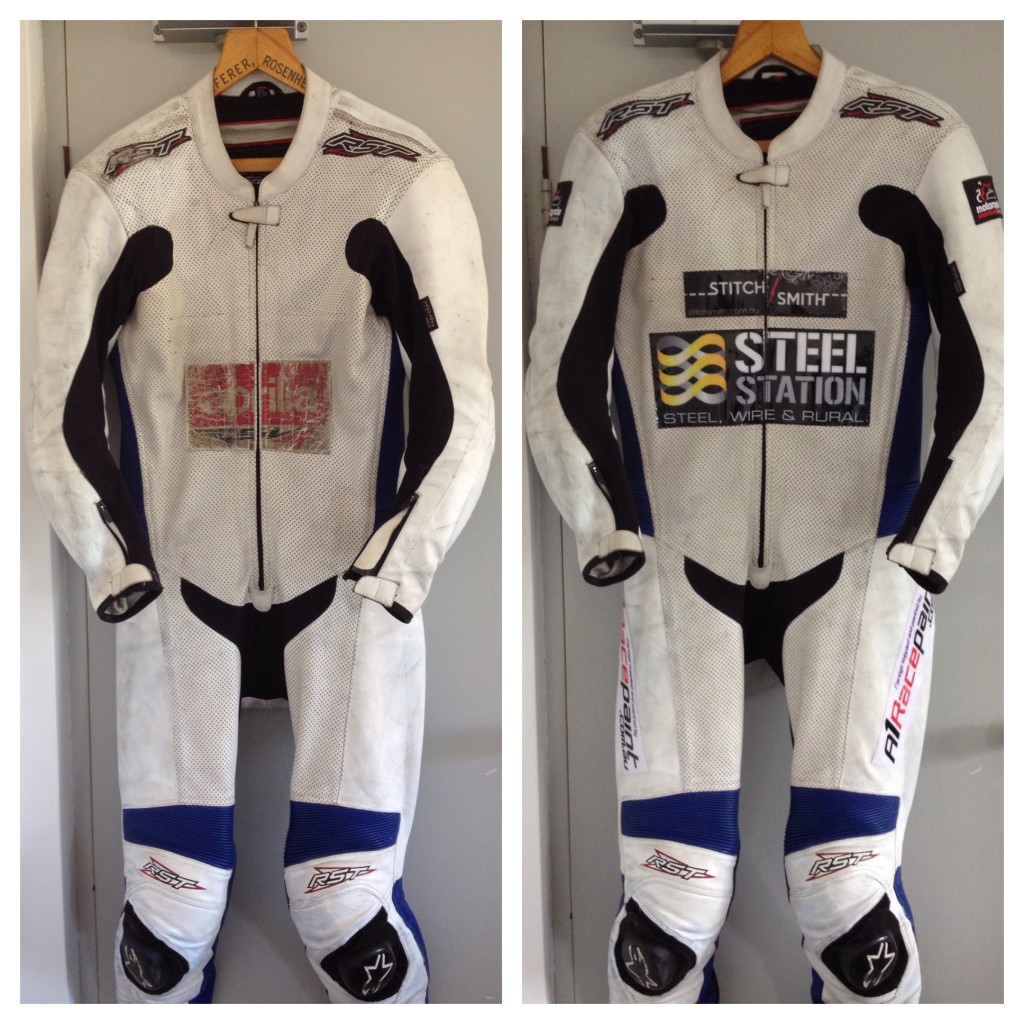 RST race suit before and after. The old patches were removed and new sponsor patches added. 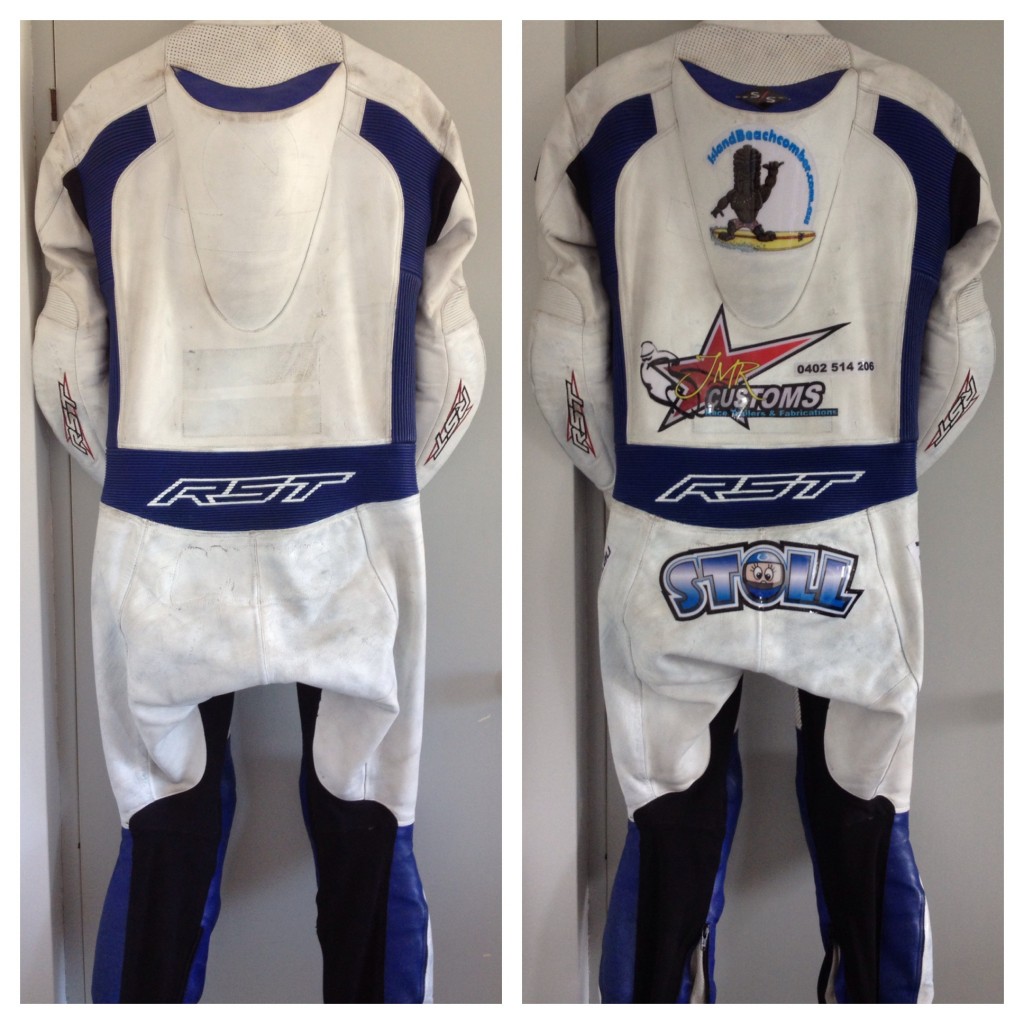 Back of RST race suit before and after. New patches added including a custom rider’s logo. 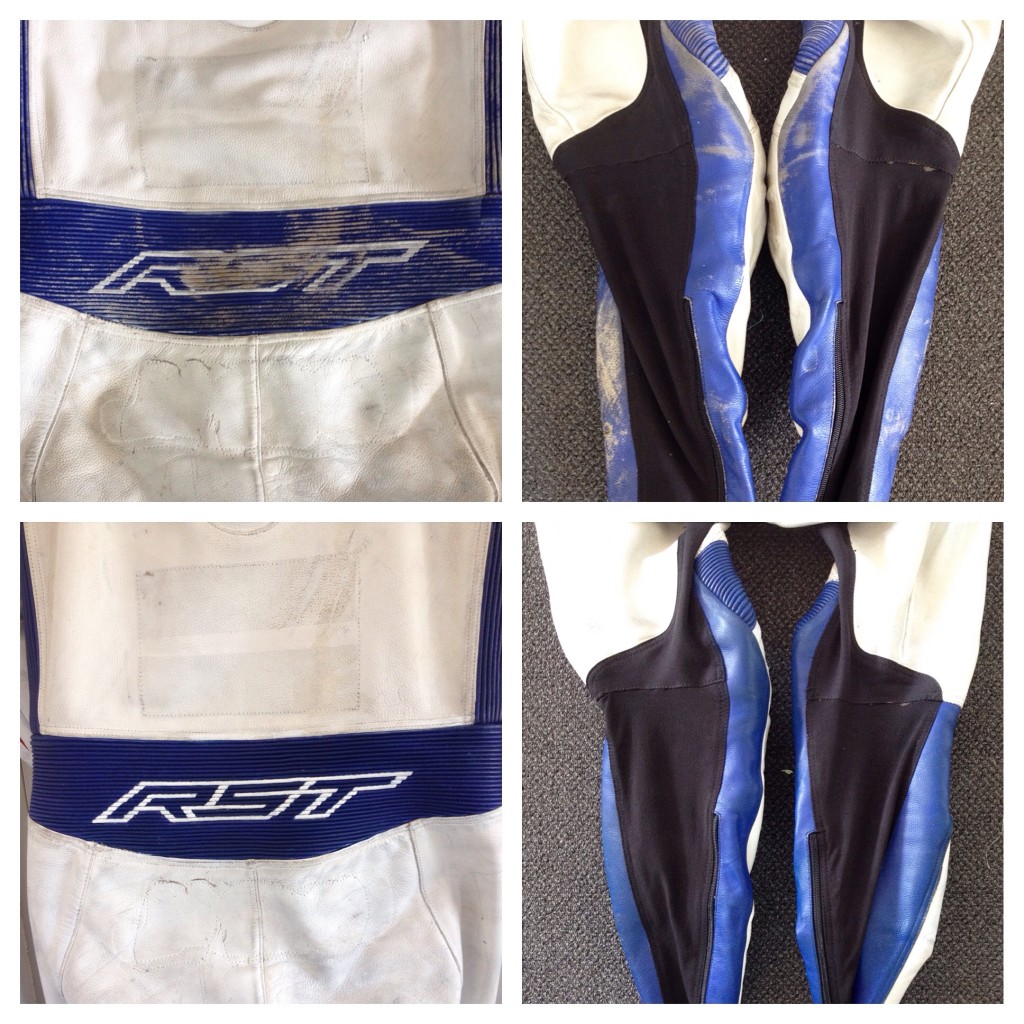